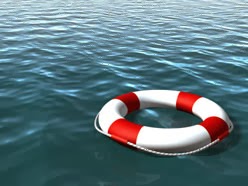 More news from the CJEU today, as the Court handed down its judgment in the Pohotovost' case. The question at issue here concerned the (im)possibility for a consumer organisation to join in a case regarding the enforcement of an arbitration award against an individual consumer. Please refer to our earlier post on Advocate-General Wahl's opinion in this case for a more detailed summary of the facts ('Who decides who decides').

The CJEU follows the AG in ruling that the Slovak procedural law applicable to the case does not infringe upon EU law:

'Council Directive 93/13/EEC of 5 April 1993 on unfair terms in consumer contracts, in particular Articles 6(1), 7(1) and 8 of that directive, read in conjunction with Articles 38 and 47 of the Charter of Fundamental Rights of the European Union, must be interpreted as not precluding national legislation which does not allow a consumer protection association to intervene in support of a consumer in proceedings for enforcement, against the latter, of a final arbitration award.'

The Court bases its decision on the fact that the Unfair Terms Directive does not cover the issue of consumer organisations' participation in enforcement proceedings and that, therefore, it is up to national legal systems to provide rules on this, taking into account the principles of equivalence and effectiveness. The principle of equivalence is not infringed upon, as Slovak law does neither allow a consumer organisation to join in enforcement proceedings that are governed by national law nor those involving EU law. The principle of effectiveness, moreover, is not breached, since the Slovak law does not make the application of EU law impossible or excessively difficult by excluding consumer organisations from enforcement proceedings. The Court finds no points of reference in Articles 38 (consumer protection) and 47 (right to an effective remedy) of the EU Charter of Fundamental Rights to alter that conclusion.
Posted by Chantal Mak at 17:10