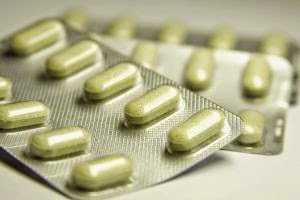 The Swedish case, which led to the preliminary questions assessed by Szpunar, deals with a dispute between Apoteket, a State-owned company which produces and markets two products without having obtained an authorisation for sale as a medicinal product pursuaent to Regulation (EC) No 726/2004 and Abcur, a pharmaceutical company which manufactures and markets two similar products and which has obtained an authorisation pursuant to Regulation (EC) No 726/2004. Abcur’s complaint against Apoteket concerns the fact that Apoteket manufactures the products without an authorisation and some measures employed by Apoteket to present the products. Among 7 complex questions referred to the Court, these of special interest for consumer law covers the question, whether Directive 2005/29/EC on unfair commercial practices advertising are also applicable for medicinal products for human use falling under Directive 2001/83/EC and whether Directive 2006/114/EC on misleading and comparative can apply to advertising falling outside the scope of Directive 2001/83.

According to Szupnar, Directive 2005/29 and Directive 2001/83 can apply, in principle, in parallel (para 58). Szpunar points out that the directive is without prejudice to Union or national rules relating to health and safety aspects of products (Article 3(3) of Directive 2005/29) and that Article 3(4) of the directive states that in the case of conflict between its provisions and other Community rules regulating specific aspects of unfair commercial practices, the latter shall prevail and apply to those specific aspects. Moreover, a combined reading of Article 7(5) of and Annex II to Directive 2005/29 demonstrates the complementary character of Directive 2005/29 and Directive 2001/83 – information required by EU law in relation to commercial communication including advertising or marketing is to be regarded as material information for the purposes of defining a misleading omission (paras 58–61).

The referring court does not relate to the substantive requirements of Directive 2005/29. Nevertheless, Szpunar underlines that the scope of the directive is limited to business-to-consumer commercial practices and it addresses commercial practices directly related to influencing consumers’ transactional decisions in relation to products. Consequently, only information accessible to consumers can be regarded as falling within the scope of the directive whereas the medicinal product in question can only be acquired through a prescription by a doctor (par. 65–68). In that case, the consumer is adequately protected by the doctor. However, Directive 2005/29 can be applied if a court finds that there is “a connection between the information provided and influence on the doctor to prescribe the product at the instigation of the consumer/patient” (para 69).

Finally, Szpunar clarifies the term ‘advertising’ defined in Article 2(a) of Directive 2006/114 as making of a representation in any form in connection with a trade, business, craft or profession in order to promote the supply of goods or services. It has been confirmed by the Court that this is a particularly broad definition which covers various forms of advertising. However, Article 86(2) of Directive 2001/83 excludes from the application of Title VIII on Advertising a range of measures like labelling and accompanying package leaflets and factual, informative announcements, and reference material relating, for example, to pack changes, adverse-reaction warnings as part of general drug precautions, trade catalogues and price lists, provided that they include no product claims. These measures cannot constitute ‘advertising’ for the purpose of Article 2(a) of Directive 2006/114, because the general rule on advertising to which economic operators are subject should not be stricter than a special rule. Though, it has to be borne in mind that the crucial element is whether it can be objectively determined that the representation has been made with a view to promoting the supply of a good or service. The Court held in MSD Sharp & Dohme that Article 86(1) of Directive 2001/83 did not, in principle, preclude the possibility that published or distributed material which includes only objective information could be regarded as advertising and that ‘[i]f the message is designed to promote the prescription, supply, sale or consumption of medicinal products, it is advertising for the purposes of that directive. However, material which is purely informative, without promotional intent, is not covered by the provisions of that directive relating to advertising of medicinal products.’ (paras 86–90 and MSD Sharp & Dohme, para 35). It is therefore for the referring court to establish these factual matters so as to determine whether and to what extent the activities at issue in the main proceedings constitute advertising within the meaning of Directive 2006/114 (para 92).

Posted by Monika Namysłowska at 15:53