AG Pitruzzella published his opinion today in an usual referral asking for the interpretation of the provisions of the Unfair Contract Terms Directive as applicable to stowaways (travellers without a valid ticket). The odd-egg character of the Belgian case Kanyeba (joint cases C-349/18 to 351/18) concerns a possibility of there not being a consumer contract and the question of whether the UCTD could apply in administrative, non-contractual disputes. 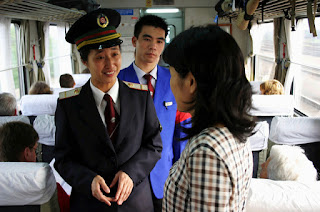 There is a debate in Belgian law as to the character of the legal relationship between passengers who have not purchased a ticket for their journey and public transport providers. Some scholars argue that even if a traveller does not purchase a ticket, they enter into a contractual relationship with transport providers by walking into the 'travelers-only' zones (adhesion contracts). If this interpretation is followed, then when a stowaway is found and charged the price of the ticket plus any accompanying surcharges (increasing drastically if the ticket is not purchased at the moment of the ticket control), it would be possible to consider, e.g. whether the surcharges are based on fair terms and conditions, pursuant to the UCTD. Other scholars claim that it is a contractual relationship only when the traveller purchased a valid ticket for their journey. They recognise that in other cases a stowaway would not have had an opportunity to accept terms and conditions of the transport, and that the relationship would need to have been regulated by law rather than by contract. Interestingly, in the opinion the attention is drawn to the fact that in Belgian law the unfairness test may also be applied to either type of the legal relationship (para. 28). Regardless the answer as to the nature of the relationship between a stowaway and a transport provider, the UCTD might still apply in Belgium then.

AG Pitruzzella leaves it to national laws, and national courts, to determine the character of the legal relationship between stowaways and transport providers (paras. 40, 43). If the national law does not determine the matter, it is for the national court to establish. In the referred cases, it was clear that passengers had no intention of being bound by the transport contract, as they did not consent to its core conditions: the price (paras. 52-53). This should preclude the relationship as being determined as contractual, although AG Pitruzzella leaves the space for national courts to still do so (paras. 54-58). If the relationship is non-contractual, the UCTD normally would not apply (para. 60). This does not preclude Belgian law from extending the application of the UCTD to all relationships between consumers and traders, also non-contractual ones (para. 62).

We may find specific tips in the opinion of AG Pitruzzella on how to assess the unfairness of surcharges in such circumstances. Namely, as the unfairness test should consider all circumstances surrounding the conclusion of an agreement (or alternatively of the legal relationship between the parties), it seems crucial for national courts to balance private and public interests in stowaway cases. After all, surcharges are supposed to discourage illegal behaviour of a travel without a valid ticket and to protect traders' interests in easier enforcement of travel prices (paras. 63-64). If passengers consider such surcharges as being of a significant detriment to them and distorting the contractual balance, they could have protected themselves against them by a timely ticket purchase.
Posted by J.A. (Joasia) Luzak at 14:00