Dear Readers, only one month remains until the 15th conference of the International Association of Consumer Law finding place in Amsterdam. There is still time to REGISTER! With so many workshops to choose from and interesting presentations there is something to be found for everyone.

Please be aware that each workshop will have 3-4 presenters and last ca 1 hour 15 min. The social program (if you choose to sign up for the all inclusive option) includes a 1 hour canal boat ride, drinks and dinner on Monday night at Saint Olof's Chapel (oldest chapel in Amsterdam), drinks (sponsored by the publisher Antoine Paris) and dinner on Tuesday night at the centrally located Cafe Americain at Leidseplein.

The most recent program is as follows: 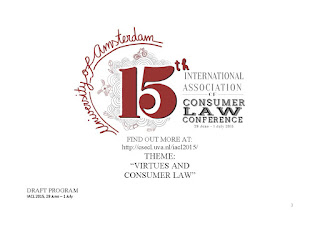 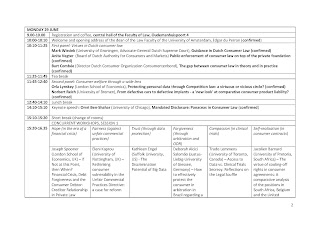 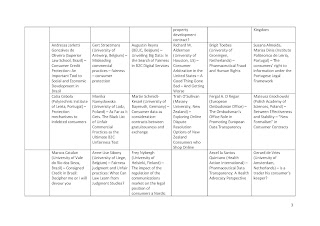 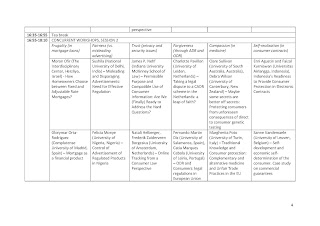 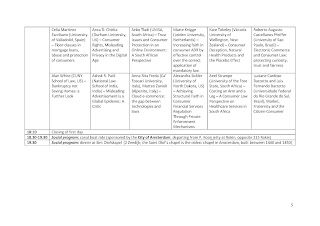 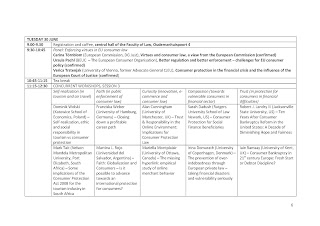 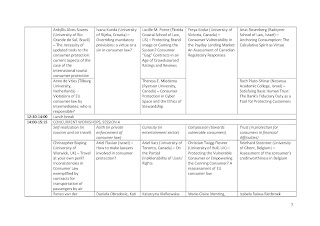 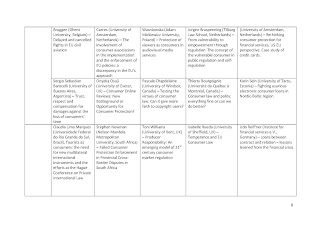 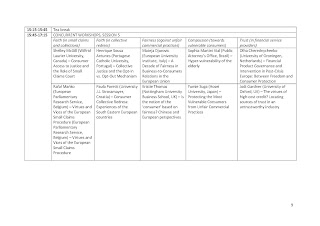 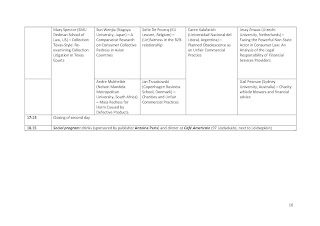 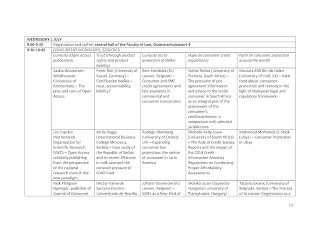 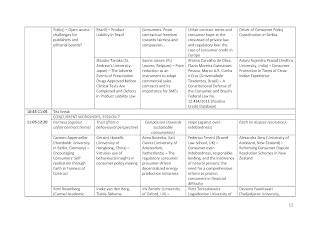 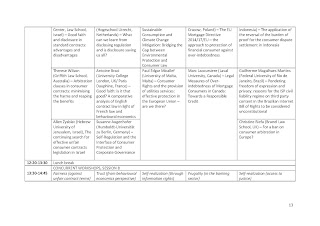 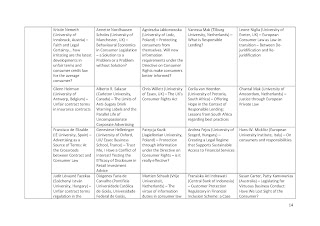 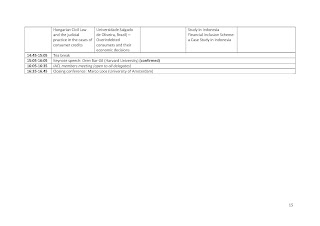 Email ThisBlogThis!Share to TwitterShare to FacebookShare to Pinterest
Labels: conference 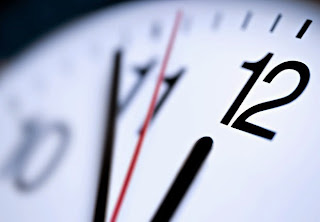 The reform of Spanish procedural law relating to unfair terms control in mortgage enforcement proceedings keeps generating questions to the CJEU. This morning, Advocate General Szpunar delivered his Opinion in the case of BBVA SA v Fernández Gabarro and others, which regards the validity of Article 4 of the transitional provisions accompanying the Spanish reform law 1/2013 in light of the requirements of the EU's Unfair Terms Directive 93/13/EEC (please note that the Opinion is not yet available in English; this summary is based on the French original text and Dutch translation).

The BBVA case is a follow-up to the law reform that was set in motion by the CJEU's Aziz judgment (on which we reported earlier; see also a posts on CJEU Sánchez Morcillo and CJEU Unicaja Banco). Following this judgment, Spanish procedural was changed so as to make it possible to stay mortgage enforcement proceedings while an assessment of the fairness of the contract terms governing the client/bank relationship is pending. The present case concerns the possibilities for effective judicial policing of unfair contract terms in disputes that had been brought to court before the law reform came into force and had not yet been concluded.

The question raised by the national judge is whether the time limit of 1 month for raising a claim of unfairness of the contract terms is in line with EU law. Fernández Gabarro et al, the consumers in this case, claim that it is not in accordance with the Unfair Terms Directive to impose such a time limit. Furthermore, a limit of 1 month in their view was in any case far too short to prepare a claim, given the great number of requests made to lawyers at the time the reform law came into force, which lawyers could not handle in such a short time.

AG Szpunar observes that the question essentially regards the compliance of the Spanish provision with the principles of effectiveness and equivalence (para. 26). This implies that national rules safeguarding EU rights must not be less favourable than those governing similar domestic transactions that are not subject to Union law (equivalence), nor may they be framed in such a way as to render impossible or excessively difficult the exercise of rights conferred by Union law (effectiveness).

As regards the time limit of 1 month, the AG is of the opinion that it is in compliance with EU law: although short, it gives sufficient opportunity to raise a claim against the fairness of the contract terms governing the mortgage enforcement procedure (para. 46-47).

As concerns the date on which Art. 4 took effect, however, the AG indicates several problems. This provision, stipulating the time limit of 1 month for raising unfair terms claims in pending procedures, entered into force the day after Ley 2013/1 was published. Moreover, the consumers in the present case were not informed of this. The AG expresses doubts as to whether Art. 4, thus, complies with the principle of equivalence, but observes that it is for the national judge to investigate whether similar procedural time limits apply in comparable domestic cases (para. 53).

More importantly, in the AG's opinion, several factors justify the conclusion that the time limit renders the exercise of the consumers' rights under Directive 93/13 impossible or excessively difficult (para. 54 ff). These include the facts that procedural time limits in Spanish law hardly ever take effect the day after publication of new legislation, that consumers could only have taken full benefit of the time period set in Art. 4 if they had known about the provision coming into force, and that legal representation was required for raising a claim under Art. 4. Furthermore, on the basis of previous CJEU case law, in respect of national legislation which comes within the scope of Union law, it is for the Member States to establish those periods in the light of, inter alia, the significance for the parties concerned of the decisions to be taken, the complexities of the procedures and of the legislation to be applied, the number of persons who may be affected and any other public or private interests which must be taken into consideration (para. 61, referring to CJEU Sopropé and Pontin) - on all of these points Art. 4 raises concerns. Consequently, the AG reaches the conclusion that a transitional provision as is at stake in the present case does not comply with the Unfair Terms Directive in light of the principle of effectiveness.
Posted by Chantal Mak at 16:16 No comments: Links to this post