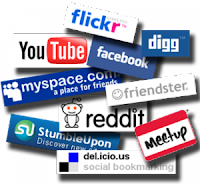 With the increasing popularity of often American-based social media companies in Europe, consumer organisations and consumer authorities started paying more attention to their compliance with European consumer protection rules. BEUC, motivated by complaints and reports from national consumer organisations, conducted a study in 2014 on the compliance of Google, Facebook, Twitter, Dropbox (see the article by M. Loos and J. Luzak, Wanted a bigger stick...), which showed that many of the then-used standard terms and conditions could be questioned as to their fairness. In March 2017 a dialogue took place between social media companies and European legislator, in which the Commission asked for certain changes to be introduced to terms and conditions of these companies, to make them more compliant with EU law (see our previous post on Commission provides a bigger stick...).

Whilst certain T&Cs have been adjusted, eg. consumers are no longer asked to waive their mandatory EU consumer rights (which waiver would not have been valid anyways, but could mislead consumers into thinking that they had lost these rights, like the right of withdrawal) or they can file a claim with a court of their domicile rather than in California (again, term that would not be upheld), the changes are still deemed insufficient (Social media companies need to do more to fully comply with EU consumer rules). The European Commission specifically identifies only partial compliance by Facebook and Twitter with the need to properly inform consumers about content removal or contract termination, and how they regulate their liability. For the full table with compliance assessment see here.

This enforcement action has already lasted a long time, considering that online T&Cs can be changed with a click of a few keys, don't need to be reprinted, etc. There is, therefore, no excuse for social media companies as to the need to prepare these changes administratively. The Commission has been patient, but, perhaps, it is time to stop being lenient and providing these companies with additional opportunities for remedial action and instead to start issuing some incentivizing penalties, instead.
Posted by J.A. (Joasia) Luzak at 18:56 2 comments: Links to this post

The conference is an exciting opportunity for everyone interested in consumer financial protection. It aims to provide a forum where leading academics and practitioners, researchers, and enforcement officials from multiple jurisdictions join to present and discuss the most recent trends and challenges related to consumer financial protection in the digital age, as they stem from the latest normative developments and court cases. Discussions take place within the following panels:

For more information click here. The conference will take place at the Faculty of Law, University of Copenhagen on Thursday 31 May - Friday 1 June 2018.
Paper proposals should be submitted with a suggested title, author’s name and affiliation, an abstract not exceeding 500 words and the intended panel by email to Dr. Catalin Gabriel Stanescu (catalin-gabriel.stanescu@jur.ku.dk) by 25 February 2018.
Posted by Andrea Fejős at 15:57 No comments: Links to this post

EP votes on the geo-blocking regulation

After a political agreement on the proposed regulation prohibiting unjustified geo-blocking had been reached in November last year, there was a general expectation that new rules will formally be adopted in early 2018. The first step was made today by the European Parliament, which approved the proposal in a plenary vote.

The new rules define three specific situations in which a different treatment of customers (consumers and businesses as end-users) from different Member States is considered unjustified and is therefore prohibited. These include:
In the abovementioned circumstances customers across the EU should be able not only to access online interfaces directed to customers from other Member States and compare a wider range of offers, but also finalise transactions on conditions offered in those territories.

An element which caused controversy from the very beginning related to the interface of the geo-blocking proposal with the provisions of private international law. In particular, concerns were raised that traders who decided to serve a consumer from another Member State, in compliance with new rules, would be considered to "direct their activities" to the country of that consumer, within the meaning of Article 6 of  Rome I and Article 17 of Brussels I regulation (recast). The text adopted today includes additional wording which aims to mitigate this risk (recital 13).

An even more controversial topic referred to the material scope of the proposal, especially the treatment of electronically supplied services providing access to copyright-protected content. Should, for example, Belgian customers be allowed to buy their Netflix or Spotify subscription for the price offered in the Polish market? This raised concerns not only about price arbitrage, but, more importantly, about the impact of such a solution on the territorial licensing schemes. And these points of criticism were even stronger than in the previous discussions on cross-border portability.

At this point it is worth recalling that audio-visual services were kept out of the scope of the Commission's proposal from the very beginning, even if, at the internal level, this choice was not entirely unanimous. The decision was explained by the need to establish consistency between the scope of the new measure and Article 20 of the Services Directive. Besides, the issue of digitally distributed AV content was to be addressed by the copyright package.

Limitations of the scope of the act adopted today do not stop here, however. No dramatic change of the status quo is also expected with respect to services providing access to other copyright-protected content such as music (e.g. streaming services), literary works (e.g. e-books) or video games. Services of this kind have technically been kept within the remit of the act (thus falling under the provisions on automatic re-routing or payment methods), but have been excluded from its core access provision (Article 4).

The compromise reached in November and, consequently, the final draft must come as a relief to the creative industry. What is left for those hoping for a border-free access to copyrighted works - at least to the extent allowed by existing licensing arrangements - is a "review clause" requiring the Commission to assess, after two years, if the scope of the act should be extended. Until this happens, one can be advised to rather focus on the impact of the geo-blocking regulation - as it currently stands - on the e-commerce market (e.g. Rome&Brussels I litigation, developments in package delivery) as well as the on-going copyright reform, particularly the proposal on online transmissions.

The proposed geo-blocking regulation is now awaiting a vote in the Council and is expected to come into force later this year.

Posted by Agnieszka Jabłonowska at 14:17 No comments: Links to this post

In an interesting judgment (X, joined cases C-360/15 and C-31/16) the CJEU has decided to broaden the scope of application of the Services Directive (Directive 2006/123), by encompassing within its scope activities of retail trade in goods, such as shoes and clothing. Traditionally, the sale of goods and the provision of services have been kept separate (hence also different legislative measures are applicable to these two types of commercial activities), even though modern transactions often combine elements of both provision of services and sale of goods. In the internal market of the EU there are also two separate freedoms guaranteeing traders their fundamental rights separately in the area of provision of services and movement of goods.

Whilst this case is not a consumer law case, it could potentially have implications for the understanding of the provision of services to consumers, as well. The Court interprets in this judgment the definition of a 'service' contained in article 4(1) of the Directive, which states that a service is 'any self-employed economic activity, normally provided for remuneration'. This definition of the service applies under the TFEU providing for the freedom of provision of services as well as under this Directive. Its general notion of economic activity provided for remuneration is easily applicable to retail trade in goods, esp. as the Court points out due to the recital 33, which mentions services provided both to businesses and to consumers, such as distributive trades (paras 89 and 91). Whilst most of the Court's comments clearly refer to a possibility of an autonomous interpretation of 'services', just for the purposes of this Directive, paragraph 95 of the judgment makes a more general statement:

"Any such analysis would, moreover, cause particular difficulties with regard to the retail trade in goods, given that that trade nowadays encompasses not only the legal act of sale/purchase but also an increasing range of activities or services that are closely inter-related and that are intended to induce a consumer to conclude that sale/purchase with one economic operator rather than another, to provide advice and assistance to the consumer at the time of that sale/purchase or to provide after-sales services, which may vary considerably according to the trader concerned."

This comment reflects very well the difficulties that nowadays exist in separating the sale of goods activities from the provision of services, which could justify finally abolishing this distinction and e.g. setting one timeframe for calculating the right of withdrawal or one set of remedies for non-performance, regardless the type of transaction. We can see such overarching provisions in the proposal for a directive for the supply of digital content, but not in the provisions of the new proposal for a directive for the sale of goods (originally, online and other distance sale of goods). Which still states that in case of a mixed contract for the sale of goods and provision of services, the directive should apply only to the part of the contract related to the sale of goods. Is it not the time to let go of the services/goods distinction?
Posted by J.A. (Joasia) Luzak at 12:28 No comments: Links to this post