On 22nd June, the EU Standing Committee on Cosmetic Products met to discuss amendments on Regulation (EC) No 1223/2009 of the European Parliament and of the Council on cosmetic products. The Commission is required to submit its proposed measures to the Committee for scrutiny, as per art.32 of Regulation 1223/2009.

Regulation No 1223/2009 is designed to harmonise the rules as well as terminology on cosmetics in the EU with the double objective of promoting the internal market while ensuring a high level of protection of human health. The Regulation has been revised multiple times; what are the changes brought by this draft regulation and what dangers do they hide for consumers? 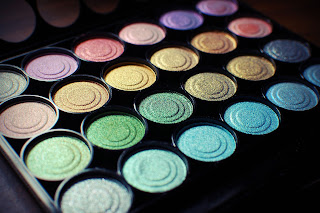 One of the proposed changes is on the use of carcinogenic, mutagenic or toxic for reproduction (CMR) substances. CMR substances are highly toxic and present lasting dangers for human health (for more info on CMR see OSH wiki). Relaxing the protection against CMR substances can have profoundly negative effects on the health of consumers, especially in the case of cosmetics which are everyday widely used products.

Art 15 of Regulation 1223/2009 prohibits the use of substances classified as CMR, as those are listed in ANNEX VI of the Regulation with some exceptions, as for example when there is no other suitable alternative or when the substance complies with food safety requirements. As stated in minutes of the Working Group on Cosmetic Products, the Commission now considers that adding a new substance to the CMR list requires amendment of the annex of the regulation via a new act. This presents a departure from the previous position where the ban was automatic as soon as the substance was placed on the list by the European Chemicals Agency.

The opinion of the Committee on the issue is not yet made available; yet BEUC in one of its press releases has drawn attention to the matter and the potential harm for consumers from such a reform. It is not an easy task to balance between innovation and protection of human health, hopefully the EU Commission will in this case demonstrate its commitment to maintaining a high level of protection by not allowing delays in the banning of harmful substances.
Posted by Eleni Kaprou at 23:01