Contracts for consumer credit continue to raise questions under EU law, especially in regard to the mandatory disclosure duties that form the subject of the book that was mentioned in the previous post. On September 11th, Advocate General Wahl gave his opinion in a French case that is currently pending at the CJEU, CA Consumer Finance v Bakkaus and Bonato (opinion not yet available in English). 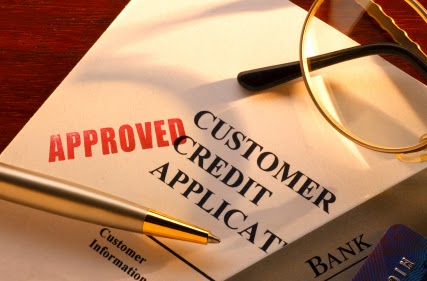 The case concerns the interpretation of the European Directive 2008/48/EC on credit agreements for consumers, in particular as regards pre-contractual information duties of professional credit providers towards consumers. Both Ms Bakkaus and Mr and Mrs Bonato had concluded contracts for car loans with CA Consumer Finance. In a dispute regarding the repayment of these loans, the tribunal d'instance in Orléans of its own motion (the consumers had not appeared in court) raised several preliminary questions concerning the rules of evidence applying under the European Directive. These questions concern the credit provider's duties under the Directive to (i) provide consumers with certain information and an explanation, in order for them to make a well-advised choice before entering into a credit agreement, and (ii) to assess the consumer's creditworthiness, with an eye on both parties' responsibilities when they decide to conclude the contract. According to French law, a credit provider faces severe consequences in case of non-compliance with these duties, including a loss of the possibility to recover interest on repayments of the loan.

The referring judge in Orléans wishes to obtain more clarity as to (a) who bears the burden of proof of (non-)fulfillment of the credit provider's information duties and (b) in which form evidence has to be produced. AG Wahl submits that the answer to the first question implicitly follows from the Directive, whereas the answer to the second question depends on national laws, in accordance with the principle of procedural autonomy of Member States.

According to AG Wahl, the effective exercise of the rights deriving from the Directive does not preclude a national provision, such as the French rule applicable in this case, that requires the credit provider to prove that he has correctly fulfilled his information duties. On the contrary, in line with the Directive's objectives of consumer protection, it may be assumed that the burden of proof rests on the professional credit provider. In case a national judge lacks sufficient information to assess whether the relevant information duties have been fulfilled, the judge should ask the credit company to provide additional data.

The AG is of the opinion that the credit provider may not shift the burden of proof to the consumer by simply including a standard term in the contract according to which the consumer declares to have received the relevant information. The Directive does not preclude credit providers from using such standard terms, as they may support the proof of fulfillment of information duties, but additional evidence may be required in the specific case.

Finally, AG Wahl submits that Article 5(6) of the Directive should be interpreted in the sense that, on the one hand, the credit provider should not assess the consumer's financial situation and needs before having given an explanation of the pre-contractual information, whereas, on the other hand, an appropriate explanation cannot be considered to follow from contractual information included in the credit agreement. The credit provider can, however, not be required to provide an explanation in a written document.
Posted by Chantal Mak at 13:14